What You Should Know About Title Insurance 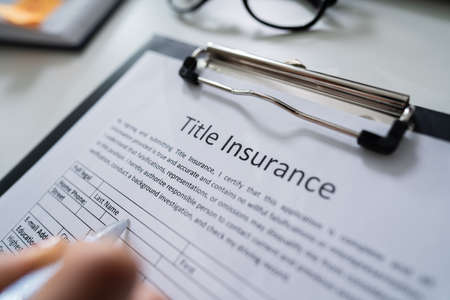 Obtaining title to a property is a critical stage in the house purchase process. This legal idea establishes that the seller has given you ownership rights to the property. Legal and financial issues might arise if the deal goes awry. It's possible that your new house could wind up costing you more than the purchase price because of unexpected issues.

Title insurance can help with that. It's imperative that you get title insurance when purchasing a house. What makes it so crucial and why we're going to explain it to you in detail

Why Do You Need Title Insurance on a House?

The purpose of title insurance is to shield homebuyers and lenders alike from the financial repercussions of a faulty title. In most cases, title insurance plans cover all typical claims made against a title, including existing liens, unpaid taxes, and competing wills.

Code violations and legal issues are just a few of the factors that might compromise your legal ownership of a property and render a title "bad." Perhaps after you buy a home, you'll find out it's worth less than you paid for because someone else disputes the seller's legal title to it?

It would be a disaster if you invested a large sum of money on a property only to discover that the title was invalid due to an unanticipated problem. That's why you need a title insurance coverage.

As long as your transaction is being handled by a title firm, you'll be less likely to run into issues down the road. Title firms, on the other hand, provide insurance coverage as part of their title search, which assures that the seller has the legal right to transfer the ownership of the property to you. Title insurance protects purchasers and lenders from any potential losses due to a lapse in the title.

Now that we've covered the fundamentals, let's take a closer look at the various types of coverage that title insurance plans may give.

What is Title Insurance?

Insurance policies for both the owner and the lender can be purchased. It's critical to know the difference between the two so that you can get the most out of each one's benefits as a buyer or seller.

In most cases, a homeowner's title insurance policy is obtained as a safety net in the event of an unexpected event. There is no requirement to purchase an owner's policy, but those who do are usually protected against the most prevalent dangers, such as

Having an owner's title coverage isn't required, but it might provide you a sense of security as a buyer. Even if you've hired a title firm to conduct research on properties, you can never be too careful.

When the title firm completes their search for ownership of the property, they often give an insurance policy to the borrower as proof that they have purchased the lender's title insurance coverage before issuing the loan.

As with an owner's insurance, the primary objective of this policy is to safeguard the lender in the event that the seller cannot lawfully transfer the ownership rights. Up to the mortgage amount, the lender is protected. It's just the lender that stands to benefit from such a scheme.

A lender's coverage won't protect you if you wind up owing back taxes; but, an owner's title insurance policy would.

Warranty of Title is an alternative to a Title Policy

It is a seller's assurance that they have the legal right to transfer ownership of the property and that no one else may claim it. The guarantee gives the buyer legal redress against the seller if the property is claimed by someone else.

Despite the fact that title insurance is often included in most transactions, it is not always the case. Due to the fact that the seller is acting as a representative rather than the actual owner, a warranty of title may not be included in these types of transactions. It's possible that a homebuyer in this case could still desire to get title insurance.

What Is the Average Cost of Title Insurance?

The cost of a coverage might range from $500 to $3,500 depending on the insurance provider and the state in which you reside. The cost of the owner's insurance might be included in the sale of the property if the seller purchases it.

Once the purchase agreement for the property has been signed, a third party, such as a closing agent, generally starts the insurance procedure. A lender's policy and an owner's policy are frequently necessary as part of this procedure to ensure the safety of all parties involved. The one-time cost for both plans is applicable.

Title insurance policies for lenders are nearly usually necessary, although an owner's coverage can be purchased separately. As a result, the penalties of failing to get owner's title insurance might be catastrophic. Buying a house means you're taking on the financial risk of any outstanding taxes, liens, or code violations that turn up after you've closed on the deal.

For as long as the homeowner owns the property, they are covered by a title insurance coverage.. However, if you can't afford to meet these additional expenses, you may find yourself in over your head.

And if you can't keep up with these increased payments, your house might be taken from you — all because of a corporation that has come to collect. Any issues with the chain of title are the same. Your ideal house might soon turn into a nightmare if you don't have title insurance.